I have spent most of my career in some aspect of Human Resources. I started as an HR Generalist, moved into Contract Recruiting and as the economy shifted, to Outplacement Consulting. Then I found Headhunting, eventually starting, and growing a small agency, but needed to pivot again when it couldn’t sustain the bursting of the tech bubble and 9/11. As the economy healed, I returned to contracting, and then landed a position as an HR Manager for a division of an aerospace manufacturing company.

So, I have seen many different companies, industries, and environments. And often, what I’ve found is that HR has an image problem. Surveys have shown that as many as 50% of employees do not trust HR. Granted, there are laws that must be followed to maintain compliance, but that is not what I am focused on.

If asked, many companies would say that their greatest asset is their employees; but surveys also show that as many as 75% of employees do not feel engaged in their work and do not feel appreciated. So herein lies the gap between what companies say and how they behave, and the point that HR professionals can have an impact on narrowing that gap. While there has been a transition in department names or titles, from HR to People Operations, Chief Culture Officer, People and Culture or Employee Engagement Officer, it takes more than a name change to really affect change. There must be a shift in mindset to what I’m calling Conscious HR.

The “conscious” business movement has been around for decades, and many believe that Anita Roddick was the pioneer in 1976 with her company, The Body Shop. This company has been an environmental leader and worked to support various activist causes including putting an end to animal testing and defending human rights. In the last 10+ years, many companies have adopted the Conscious Capitalism approach of being profitable and socially responsible. And Conscious HR could incorporate some of their basic tenets around culture and leadership.

It has been my experience that companies whose primary focus is compliance have the most employee relations’ issues. Employers who use clear and open communication and whose employees who are more satisfied — who feel like their job is rewarding and see an upward career path, and additionally have great managers — clearly drive better financial performance. This concept is simple but not always easy and change won’t happen overnight. It starts with the HR and the leadership team outlining their vision and values and then making sure the beliefs of current and future employees align.

In the wake of the civil unrest, precipitated by the death of George Floyd in Minneapolis and subsequently around the world, and the COVID-19 pandemic, HR departments large and small must lead compassionately and consciously. The best example I’ve seen is this letter from AirBnB’s CEO Brian Chesky, explaining the need to lay off many of their team members. He was clear, empathetic, and sincere. So, while it’s important to have and enforce rules (compliance) and sometimes deliver difficult news, how we go about that makes all the difference. We must be aware of our own unconscious biases, help our leadership teams understand theirs, and strive to make our organizations not only profitable but socially responsible while treating our employees with dignity, respect, and compassion. Now, more than ever, is the time for Conscious HR. 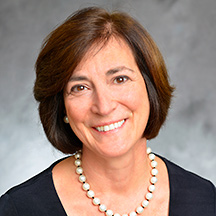 Janet del Valle originally hales from Upstate NY, graduated with a BA in Psychology from Dickinson College in Carlisle, PA, and spent the next 30+ years in the Boston area, mostly on the North Shore in Beverly and Manchester by the Sea. Janet has held a variety of HR/Leadership roles and her experience spans several industries including High Technology, Biotechnology, Financial Services, Higher Education and Manufacturing. In 2018, she moved to Phoenix with her husband and daughter, who attends University of Arizona, as well as  her magnificent beagle, Eliot. Their entire family is now closer to their second daughter who resides in Los Angeles. Janet will take the Arizona summers over the New England winters any day but will forever be a Boston sports fan.

If you are an HR professional interested in learning more about Conscious HR, contact her at janet@doublingpartners.comor 978-807-1161.

Visit www.kavcomcc.com and sign up for regular updates and monthly newsletters.